Behind the Curtain of Motherhood

After having my second baby girl, I expected to love her immediately, just as I had with my first. I knew in my head that love would multiply as our family grew from three to four, but I was both surprised and disappointed that it didn’t happen that quickly.  When my brand new baby #2 was placed in my arms, she was a total stranger to me. Only her hands and toes were familiar, resembling those of her older sister’s.  I had just one ultrasound picture of her at 19 weeks, and even then, she looked nothing like that grainy black and white glossy print I kept on my dresser.  For the first week, she slept beautifully all day, but at 11pm, she would become frantic, wide-eyed, and her rapid breathing sounded like a dog sniffing out a scent.  She only would be consoled in my arms attached to my breast.  As soon as I laid her back down into her bassinet, she would let out these ear-piercing screeches that neither my husband nor I could ignore.  Finally, she would sleep at 2am.  At times, I wanted to cry because I was so beyond tired, and knew I had to be awake and alive for my older daughter, which made me cry harder thinking that I would be anything less than 100% present.  I even became resentful of this helpless baby, who was only trying to obtain comfort from me.  As her mother, I was her only source of familiarity in this world, yet she was unfamiliar to me.  In those fitful hours, I prayed desperate prayers for strength, wisdom, peace, joy, and love for my baby.

Those first few weeks after having baby #2 were not the golden-lit, rainbow-shimmering days I’d dreamed of.  Although I was so thankful we were able to bring home a healthy baby, there was even more going on emotionally and physically than I could have imagined.  I had a vacant belly that squished like a whoopee cushion, a sore tailbone that made sitting or standing painfully uncomfortable for six weeks, and for the first two weeks, I woke up drenched in sweat, sometimes more than once a night. My hormones were violently crashing inside my brain like swarming bees after their nest got knocked down.  Those hormones that kept my baby inside me for forty weeks were now frantically trying to escape, and they would come out in the form of spontaneously erupting sweat and tears.  And oh, the tears.

My mom had come to stay with us for two weeks, and my baby girl was born halfway through her visit. My dad, brother, and sister all drove out together for that last weekend of her stay, so that all four of them could leave together.  Instead of enjoying having my whole family here that Saturday, I was close to tears and sobbing all day, as if Hope Floats and The Notebook had been on 24-hour repeat. I was a weepy mess, homesick for them even while we were all still together in my family room. I was so sad on behalf of my two-year-old girl, that her GranPam would be gone.  Even though we both could tell that by the end of the second week my mom was with us, we each needed some “alone time,” I missed her reassuring presence and her wisdom.  On top of that, my oldest was going to be getting less than half of me while I would be adjusting to having another baby.   My husband thankfully would start his paternity leave for two weeks, so I wouldn’t be parenting alone, but I missed my mom something fierce. That first week my husband was home, I was in such a funk that Mike probably wished he could have gone back to work.   I remember that on the first Monday we were alone, he tried to make me laugh, and I just couldn’t.  “Why don’t you laugh, Meekah?” he cajoled, calling me by my nickname. “If I open my mouth to say anything, I’m going to cry,” I blurted, as tears threatened and burned the corners of my eyes.  I can’t remember ever being so detached and flat as I was that week.

Over two months have passed since my second baby was born.  I can now look back and thank God for bringing me through those tough first few weeks.  I’m so thankful for my mom friends who encouraged me in person, over the phone, and in writing.  I no longer get blurry eyed when asked how I’m doing.  My hormones have reached their equilibrium, my hollow belly is starting to resemble my pre-baby body, I’m having no more night sweats, and I don’t think about my tailbone sitting or standing.  My baby is consistently giving me eight hours of sleep at night in a stretch, which does wonders for my mood and overall state of being.   My two-year-old has also adjusted.  She still gets to spend quality time with her mama, just not as much as she used to. But it’s okay.  She loves her baby sister.  And while I didn’t bond immediately with my baby girl as I did with my firstborn, my love has surely multiplied.  Like a forest fire that started with a single spark, that is how my love grew for my baby girl.  I can’t imagine our family without her.  I look at her and now see the one dimple on her left cheek that comes from my own mother. Her hair is going to be my color. She smiles and interacts with us, and I know her now.  She’s no longer alien, but part of me.  Part of us. 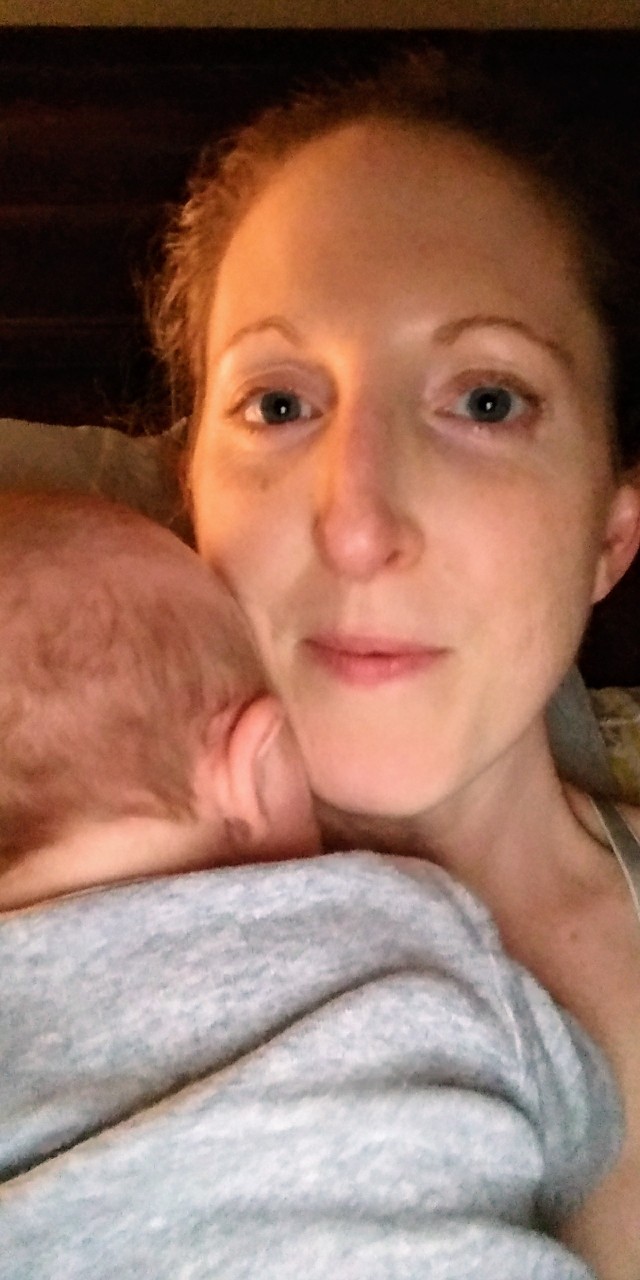 I got my first Diary when I was 10. I couldn't wait to write in it at night to divulge all of the details of my day onto paper with my turquoise pen. I now find that writing has become therapeutic for me. I need time to think and sort out what is going on inside and often when I'm most emotionally heightened is when I write most creatively. My years of journaling are a compilation of written out prayers as well as lamenting poems. Now as a wife and mother, my perspectives have changed, as I reflect on who I was and who God is making me to be.
View all posts by miccahmarie →
This entry was posted in baby, birth, discontent, family, grace, identity, life, love, motherhood, pain, patience, peace, waiting, worry and tagged family, God, grace, guilt, joy, love, motherhood, Parenting, purpose, worth. Bookmark the permalink.

2 Responses to Behind the Curtain of Motherhood